1 year after the first known US coronavirus death, over 450,000 families will never see a loved one again

She was 57 and very active, her brother said. Dowd had come down with flu-like symptoms but didn’t qualify for a Covid-19 test because they were scarce and restricted at the time.

In the one year since, more than 450,000 other families have suffered the shock and devastation of losing a loved one to coronavirus. Here are some of their stories:

An ER doctor saved lives and the mental health of colleagues 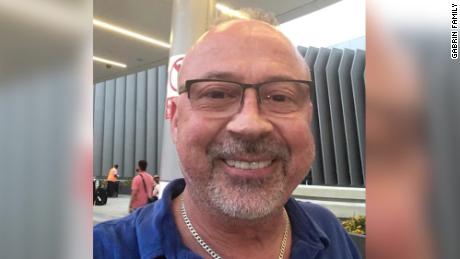 Dr. Frank Gabrin, 60, was the first known emergency physician to die of Covid-19 in the US.

As two-time cancer survivor, Dr. Frank Gabrin devoted his career to saving others — even if it meant risking his life.

In March, as coronavirus spread rapidly in the Northeast, many doctors and nurses said they were terrified of working with insufficient personal protective equipment.

Gabrin, who worked in New Jersey and New York, told friends he was worried, too. But he kept working, fueled by a lifelong passion for helping others.

Covid-19 has killed 1,000 people in the US, according to Johns Hopkins University

“I believe caring for others should be the most emotionally rewarding job on the planet,” Gabrin wrote on his website, which he created years ago to help emergency physicians and nurses cope with burnout.

He described his own battles with emotional exhaustion in the high-stress field.

“I now believe that compassion fatigue is a misnomer and that the real name for this condition should be empathetic overload,” Gabrin said.

“I also believe that compassion fatigue and burnout need never occur, and if they do, there is a clear path back to solid emotional health. I believe that I have found the path that will quickly bring us all back from burnout and I am extremely passionate about sharing what I have learned with all of you.” 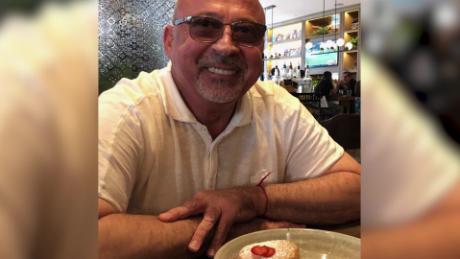 Dr. Frank Gabrin died in his husband’s arms before help could arrive. 03:47

Over the years, Gabrin wrote several books, including “Back from Burnout: Seven Steps to Healing from Compassion Fatigue and Rediscovering (Y)our Heart of Care” and “Booster Shots: Antidotes for Healing Burnout and Compassion Fatigue.”

His relentless care for patients continued until late March, when Gabrin came down with Covid-19 symptoms.

“It went from manageable to unmanageable overnight,” his friend Debra Vaselech Lyons said.

On March 31, Gabrin’s husband Arnold Vargas called for help, she said. The doctor died in his husband’s arms before help could arrive.

Gabrin became the first known emergency physician to die of Covid-19 in the US.

His death marked a profound loss for both patients and colleagues in the medical field, wrote Dr. Robert Suter, president of the American College of Osteopathic Emergency Physicians.

“He was a shining example of selfless professionalism, an advocate for physician wellness, and a champion of treating patients with compassion and empathy,” Suter said. 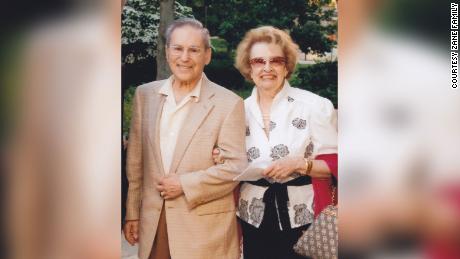 It was “love at first sight” when Daniel and Valerie Zane met on a blind date more than 70 years ago, their daughter said.

Daniel Zane was a World War II veteran who ran across an open field under enemy fire to give first aid to a fellow soldier.

That’s who he was, his family said: a man of steadfast bravery in the face of terrifying danger.

More than seven decades later, he faced another immense battle. This one took his life, two days after his wife passed.

On April 17, Daniel Zane died from Covid-19 complications, his family said. He was 94.

Two days earlier, his wife Valerie passed away at age 91. She suffered from Parkinson’s disease and dementia but had not been tested for Covid-19.

Their love story started almost 75 years ago, when they met on a blind date.

“This was love at first sight for him,” daughter Nancie Zane said. Her dad used to say his eyes popped out of his head when met his future wife.

But Valerie played it cool and made Daniel wait — saying she was busy for the next six weeks. Three years later, they got married.

In their final days, Daniel Zane lived in the same Pennsylvania senior living facility as his wife in Pennsylvania. He was in the independent living unit, while she was in the skilled nursing unit because she needed more care.

As the pandemic intensified, he decided to move into his wife’s nursing unit to help take care of her, his daughters said.

“It seemed like another reflection of his commitment and bravery,” Nancie Zane said. “He did go without hesitation just so that he could be with her.” 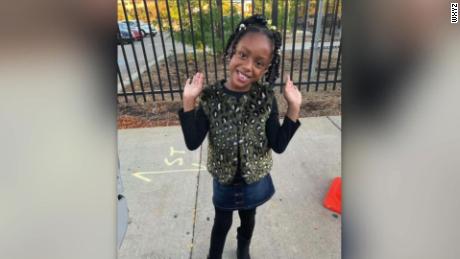 Skylar Herbert’s parents “did not deserve to lose their child to this virus. Nobody does,” the governor of Michigan said

Skylar Herbert’s parents devoted their careers to serving the people of Detroit.

Her mother has been a Detroit Police officer for 25 years, and her father has been a firefighter for the Detroit Fire Department for 18 years, Michigan Gov. Gretchen Whitmer said.

“They’ve been on the front line, and they’ve served with honor and integrity,” Whitmer said. “And they did not deserve to lose their child to this virus. Nobody does.”

Skylar died April 19 after being on a ventilator for two weeks, CNN affiliate WXYZ reported. The hospital released a statement saying, “We are heartbroken that COVID-19 has taken the life of a child.”

Skylar’s mother LaVondria Herbert said her daughter was full of life before she fell ill.

“She was friendly, she was loving, she was caring, she was funny. Just a happy 5-year-old,” Herbert said. “You knew she lived a great life in those five years.”

Skylar’s father said his grief “is a hurtful feeling that I don’t want any other family to have to experience.”

“This virus doesn’t care what age you are what nationality you are, what political preference you have,” Ebbie Herbert told WXYZ. “Skylar is shining her light to tell the world this can happen to any family.”

The day after Skylar’s death, another young child of public service employees died from Covid-19 complications.

Jay-Natalie La Santa was the infant daughter of a New York City firefighter and a Board of Education employee.

She suffered from a heart condition before spending a month in the hospital with Covid-19.

Jay-Natalie, whose dad called her a “warrior princess” for her fighting spirit, died on April 20. She was 5 months old. 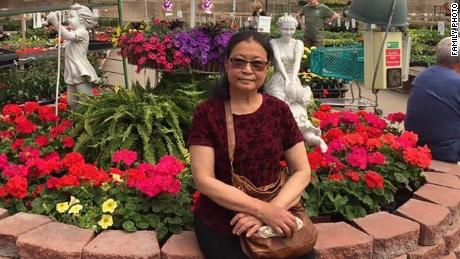 For decades, Tin Aye worked tirelessly to make sure her children had a better life.

She and her husband fled their native Myanmar, also known as Burma, for a refugee camp in Thailand. Their son and daughter were born in the refugee camp.

In 2007, the family made the bold move to America. Aye could not speak English but found work at the JBS meat packing plant in Greeley, Colorado, her daughter San Twin said.

“It was very hard work, but she didn’t want to change jobs,” Twin said. “She relied on her co-workers that spoke the same language, and they would give her rides to work because she couldn’t drive.”

In March, Aye fell sick. She was hospitalized and put on a ventilator on March 29, one day after her first grandson was born.

Aye stayed on the ventilator until May 17, when she succumbed to coronavirus. She was 60 years old. The new grandmother never got to meet her grandson.

Aye was the eighth JBS Greeley employee to die from Covid-19, and the seventh worker from the plant.

Despite the hard work and challenges through her life, Aye was a woman who relentlessly helped others.

“I want people to know she was a very humble, sweet, and giving person,” Twin said.

“If she saw a homeless person on the street and hungry, she would give them her food and she wouldn’t eat. She loved taking care of people, but especially her family.”

A young boy loses both parents to Covid-19 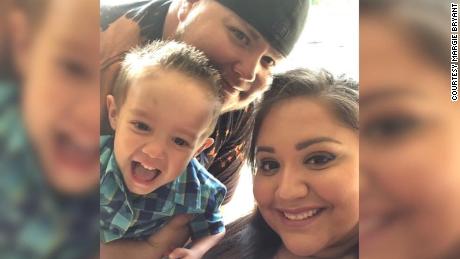 Raiden Gonzalez had to celebrate his fifth birthday in November without his parents. It would be the first of many birthdays without his father and mother.

“They came, did an EKG, did some other stuff, and they took her away,” Mariah’s aunt Margie Bryant said. “And we never saw her again.”

Mariah Gonzalez died the next morning, on October 6. She was 29 years old.

The young boy’s maternal grandmother, Rozie Salinas, has taken him in, Bryant said.

Bryant organized a drive-by, dinosaur-themed party for Raiden’s fifth birthday. She had two wishes on the boy’s special day: for Raiden’s happiness and for others to take the coronavirus seriously, she said.

“I can’t say it enough … I know what it (coronavirus) has done to us, and I know the hurt that we feel, the void that it has left in our hearts, this little boy who doesn’t have his mom and dad now,” she said. 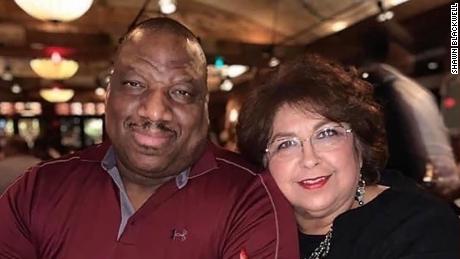 Paul and Rose Mary Blackwell were married for 30 years and had four children.

She was a second-grade bilingual teacher and team leader who taught at the same Texas school for 20 years.

He was a physical education teacher, mentor and coach who previously taught at a Young Men’s Leadership Academy at a nearby middle school.

Rose Mary Blackwell, 65, and Paul Blackwell, 62, shared a love for teaching, their four children and their 20 grandchildren.

After 30 years of marriage, they died together on December 13 from Covid-19.

When they passed, they held each other’s hands, as well as the hands of their children.

“Doctors said they hadn’t seen any progression at all, and they were slowly declining in their overall vital functions,” their son Shawn Blackwell said.

The two teachers from Grand Prairie Independent School District had spent weeks in intensive care and several days on ventilators.

“It got to the point where it was very far gone and that there was nothing else they could do,” Shawn Blackwell said.

“Me and my brother came to the conclusion to let them go at peace together. They were together and holding hands. My brother and I were both holding my parents’ hands as well. So all four of us were holding each other’s hands as they were both removed from the ventilator.”

Shawn Blackwell said his parents worked up until they got sick in December.

“I just want people to know I am proud of the people my mom and dad were and proud of the things they accomplished,” he said.

“They were the definition of the greatest parents and grandparents ever.”

9 nuns died within 3 weeks of each other 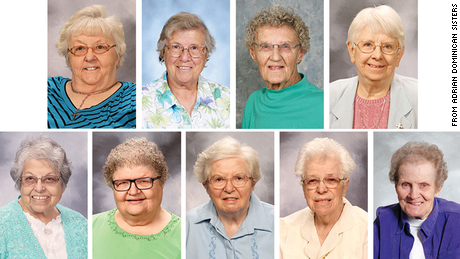 The Sisters’ Motherhouse campus in Adrian, Michigan, managed to go nine months without a single Covid-19 case among residents.

That ended on December 20, with the first positive test. Since then, at least 48 of the campus’ 217 residents have tested positive, Adrian Dominican Sisters said.

The outbreak claimed the lives of nine nuns, who died between January 11 and 26. They ranged in age from 79 to 97.

They had served communities as teachers or nurses during their lifetime of religious service.

“It’s numbing,” she said. “I have a much deeper appreciation for all of the other families who have gone through this. The hundreds of thousands of families. And until it personally touches you, I don’t care how much we can have a sympathetic heart. It’s different when you’ve been there and you’ve lost someone.”

Spain locks down an area with 400,000 people after coronavirus spike