The actual number of Covid-19 infections in the U.S. could be about eight times as much as the total reported cases, a model created by scientists at the Centers for Disease Control and Prevention (CDC) has estimated 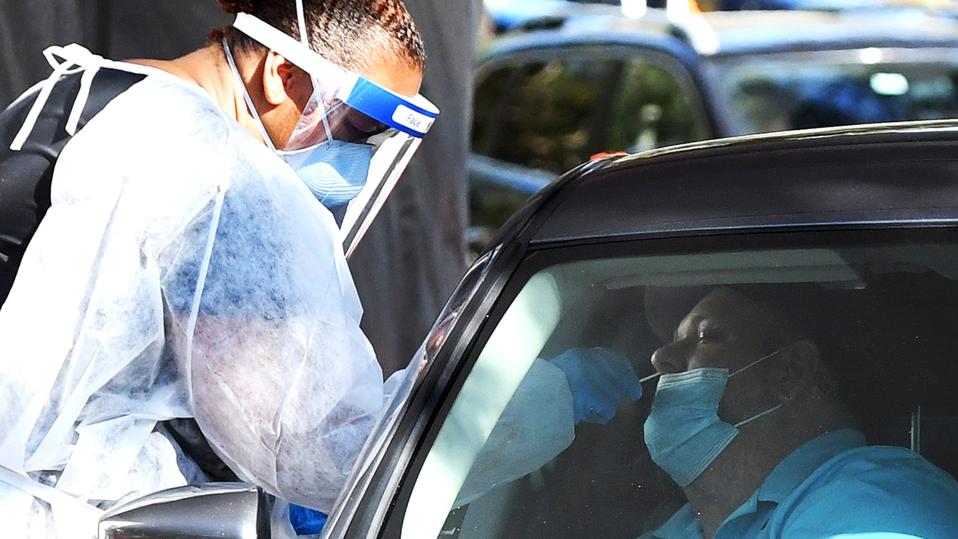 A health worker performs a nasal swab sample at a COVID-19 rapid testing site in Florida.

The model published in the journal Clinical Infectious Diseases suggests that nearly 53 million people in the U.S. had been infected with Covid-19 by the end of September.

The estimate is around eight times higher than the 7.1 million confirmed cases that had been reported back then.

The model tries to account for the fact that most cases of Covid-19 are mild and therefore go unreported.

The scientists, however, warned that by the end of September, 84% of the U.S. population had not been infected and was still at risk of catching the disease.

If the trend of unreported cases still holds true as of Thursday, the U.S. — which has 12.5 million confirmed cases — could be approaching 100 million total infections across the country.

In October, the World Health Organisation had said that nearly 10% of the world population or nearly 760 million people may have already been infected with Covid-19, despite the fact that only 35 million confirmed cases had been recorded as of that time. “When you count anything, you can’t count it perfectly,” Mike Ryan, the executive director of the WHO’s health emergencies program, had said back then adding, “But I can assure you that the current numbers are likely an underestimate of the true toll of Covid.” Scientists have also suggested that deaths due to the pandemic have also been severely undercounted, with the CDC stating that the U.S. had recorded nearly 300,000 excess deaths during the pandemic as of October 3. This number was nearly 100,000 deaths more than what had been officially recorded by the states.

Full coverage and live updates on the Coronavirus

Getting ‘crushed’ on Melbourne’s path to coronavirus success

Getting 'crushed' on Melbourne's path to coronavirus success