A traveler wears face masks at Los Angeles International Airport on Friday. While increased restrictions are being discussed across the nation, many people are not heeding mask-wearing rules. Damian Dovarganes/AP 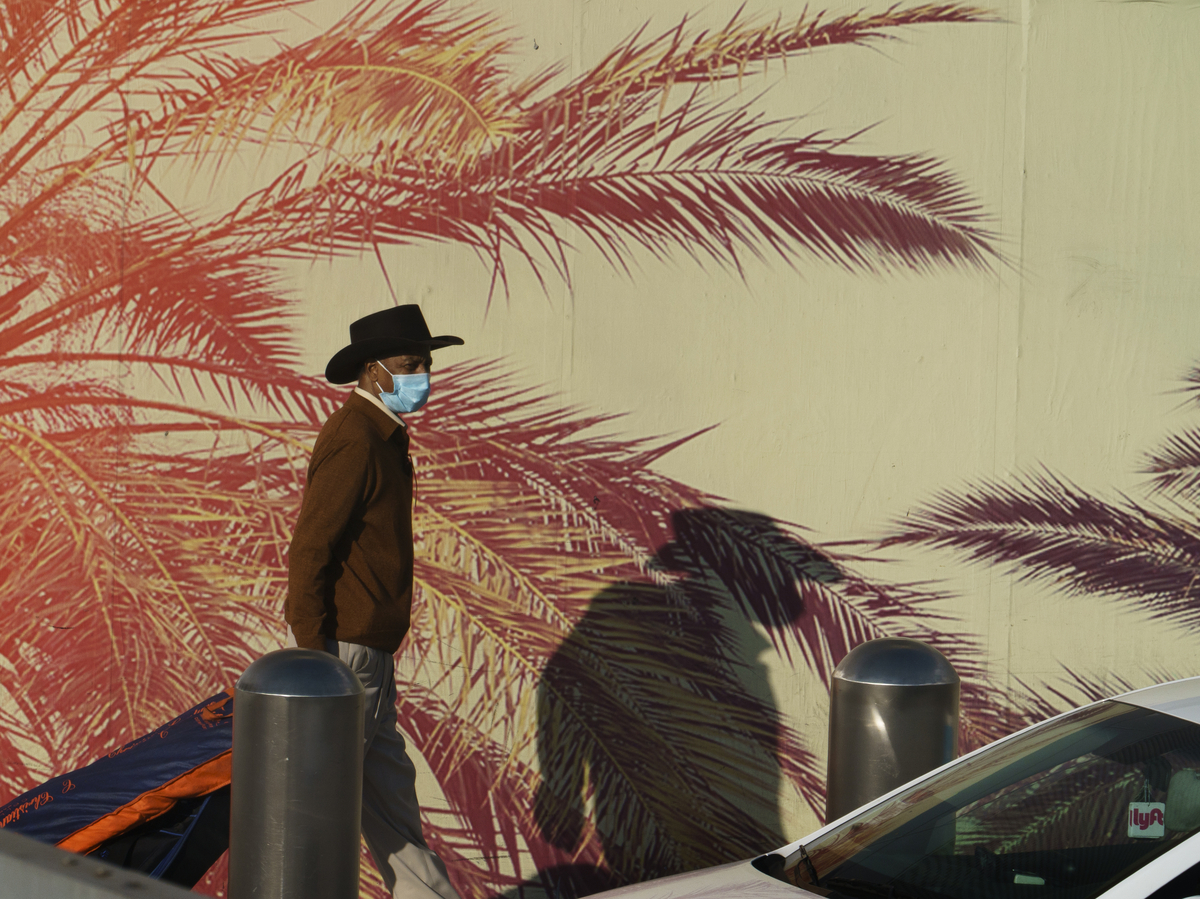 A traveler wears face masks at Los Angeles International Airport on Friday. While increased restrictions are being discussed across the nation, many people are not heeding mask-wearing rules.

The U.S. added more than 184,000 confirmed COVID-19 cases on Friday, the fourth day in a row that the country has set a record for daily infections, according to data from the Johns Hopkins University Coronavirus Resource Center.

It has been about four weeks since the U.S. overtook India to see the most daily cases of any country in the world. While India’s case numbers spiked in September, they have largely been on a downward path since then. But cases in the U.S. continue to surge. For the first time, the country’s seven-day moving average of new cases has surpassed 150,000.

America is also the world leader in coronavirus fatalities, with over 244,000 COVID-19 related deaths. More than 1,400 people died from the virus in the U.S. on Friday — the most deaths that day of any country.

For the moment, daily deaths are below the peak of around 2,200 daily fatalities the U.S. saw in April. But deaths are known to lag behind rising infection rates, as it often takes several weeks for the virus to become fatal.

This week, officials in El Paso requested four additional mobile morgues to add to the six already in place.

“It’s getting bad, and it’s potentially going to get a lot worse,” Jennifer Nuzzo, an epidemiologist and senior scholar at the Johns Hopkins Center for Health Security, told The New York Times. “The months ahead are looking quite horrifying.”

Coronavirus hospitalizations are rising throughout the country, with more than 68,000 people in the hospital Friday. It’s the highest number seen throughout the entire pandemic, surpassing the last peak, in July.

But eight months after the first major restrictions began, it remains to be seen just how far government can go before drawing backlash. A substantial number of Americans still refuse to even heed the government’s warning to wear masks. Most people rallying in support of the defeated presidential incumbent in Washington, D.C., on Saturday weren’t wearing masks.

In a statement late Friday, President-elect Joe Biden expressed his alarm at the surge in infections, hospitalizations and fatalities. “This crisis demands a robust and immediate federal response which has been woefully lacking,” Biden said. “I am the president-elect, but will not be president until next year. COVID-19 does not respect dates on the calendar, it is accelerating right now. Urgent action is needed today, now, by the current administration.”

One member of Biden’s coronavirus advisory board, Michael Osterholm, suggested a national lockdown lasting up to six weeks, in which workers would have their lost wages reimbursed. But other members of the board said such a major lockdown isn’t necessary.

“Right now, the way we should be thinking about this is more like a series of restrictions that we dial up or down depending on how bad spread is taking place in a specific region,” Dr. Vivek Murthy, former U.S. surgeon general and co-chair of Biden’s advisory board, told Good Morning America.

“We’re not in a place where we’re saying shut the whole country down. We’ve got to be more targeted,” Murthy said. “If we don’t do that, what you’re going to find is that people will become even more fatigued. Schools won’t be open to children, and the economy will be hit harder.”