by Virus News
in New Zealand
0 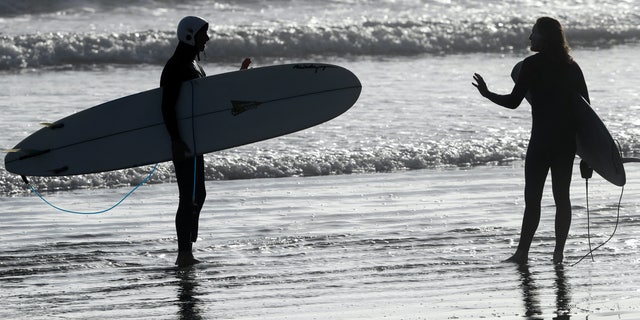 Surfers gesture as the talk before entering the water at Sumner Beach near in Christchurch, New Zealand, May 18. (AP Photo/Mark Baker)

“The question for me is, how do we encourage Kiwis to … get out and about, and visit some of the amazing places and tourism offerings that we have,” she asked.

New Zealand imposed one of the world’s strictest lockdowns in an effort to curb the spread of the COVID-19 virus – along the way earning praise for its success in doing just that.

The South Pacific island nation has recorded 1,503 positive coronavirus cases and 21 deaths. More than 1,400 of the patients who tested positive have since recovered.

Last week, it slowly started reopening parts of its economy, allowing hair salons, barbershops, some retail stores and restaurants to open their doors for the first time in two months. 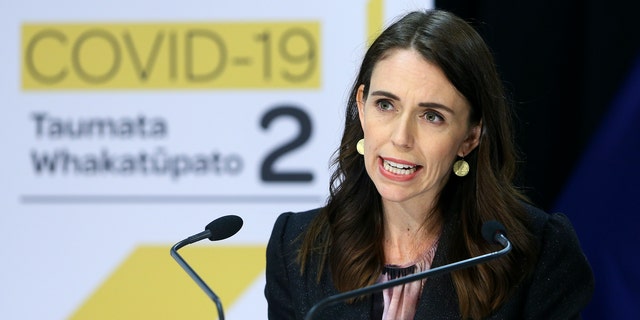 New Zealand Prime Minister Jacinda Ardern addresses a press conference after the 2020 budget at Parliament in Wellington, New Zealand, May 14. New Zealandﾕs government plans to borrow and spend vast amounts of money as it tries to keep unemployment below 10 percent in the wake of the coronavirus pandemic. (Hagen Hopkins Pool Photo via AP)

However, the country’s success in mitigating the spread of the virus has been somewhat overshadowed by its now wilting economy.

Ardern said last week that her nation faces the most challenging economic conditions since the Great Depression. The government revealed its plans to borrow and spend vast amounts of money in an attempt to keep unemployment below 10 percent.

“New Zealand is about to enter a very tough winter,” she said. “But every winter eventually is followed by spring, and if we make the right choices we can get New Zealanders back to work and our economy working quickly again.” 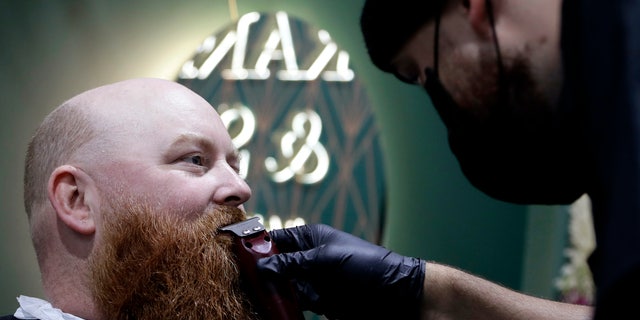 A man has his beard trimmed at a barbers in Christchurch, New Zealand, May 14. New Zealand lifted most of its remaining lockdown restrictions from midnight Wednesday (noon Wed GMT) as the country prepares for a new normal. Malls, retail stores and restaurants will reopen and many people will return to their workplaces. (AP Photo/Mark Baker)

Ardern said it will be up to employers and employees to figure out if a four-day workweek would be possible for their respective businesses.

“But as I’ve said, there’s just so much we’ve learned about COVID and that flexibility of people working from home, the productivity that can be driven out of that,” she said. “I’d really encourage people to think about that if you’re an employer and in a position to do so. To think about if that’s something that would work for your workplace because it certainly would help tourism all around the country.”

One Kiwi businessman, who transitioned his company’s 200 employees to a four-day workweek in 2018, said it could be a solution post-pandemic. 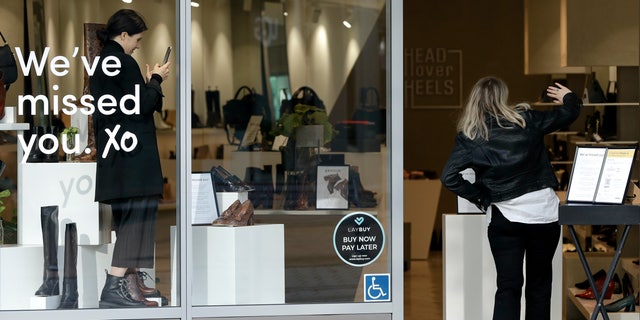 A customer gestures as she walks into a store in Christchurch, New Zealand, May 14. New Zealand lifted most of its remaining lockdown restrictions from midnight Wednesday as the country prepares for a new normal. Malls, retail stores and restaurants will reopen and many people will return to their workplaces. (AP Photo/Mark Baker)

“New Zealand could definitely go to a four-day week in the aftermath of COVID, and in fact, it would be a strategy to rebuild the economy and particularly the hard-hit tourism market as it pivots to a domestic focus,” he told Newshub on Monday.

“We need to retain all the productivity benefits working from home has brought, including cleaner air and a lack of gridlock, lost productivity from commuting while helping businesses stay afloat. We have to be bold with our model. This is an opportunity for a massive reset.”

Successful implementation of four-day workweeks has been seen elsewhere around the world. Microsoft’s Japan office switched to this model late last year and has reported a 40-percent increase in productivity.

US and China Brawl on World Stage

Coronavirus: 4 ways to care for dry hands during regular washing

Has half the UK already caught COVID-19? Probably not.