Ireland will follow the lead of other European countries that have passed the peak of the coronavirus outbreak by beginning antibody testing early next month to determine the prevalence of Covid-19 in the population.

Unlike the test to determine if somebody is currently carrying the virus, serological (or antibody) testing can detect if a person has had the infection in the past.

It is envisaged that around 5,000 people will be asked to volunteer for repeat blood tests in two geographic regions over the coming year.

The Health Service Executive (HSE), Health Protection Surveillance Centre (HPSC) and the National Virus Reference Laboratory (NVRL) in UCD, are in advanced stages of preparing the sero-prevalence study to be conducted in the State from early June.

An application is understood to have been made to the National Covid-19 Research Ethics Committee, which will approve the initiative. Department of Health sources say the aim, once approval is obtained, is to start the “seroprevalence” study in the next four weeks to investigate the proportion of the population that may have been infected with the virus.

So far, the only testing that has been done in Ireland has been to determine if a person is currently infected with the virus.

The HSE says it now has capacity to carry out up to 100,000 tests per week for active infection but such testing is still confined to a small proportion of the population who are more vulnerable: hospital patients; residents of care homes, health workers and meat factory workers. People also need to be currently infected with the virus for this test to be effective.

At the moment, there is no data to show how the extent of the spread of the infection in the wider population. Some people infected with Covid-19 may have displayed only mild or no symptoms and may have not been tested.

“When people get sick the virus is typically gone within seven to 12 days,” says Dr Cillian de Gascun, director of he NVRL and a member of the National Public Health Emergency Team (NPHET).

“We don’t use antibody tests to diagnose as they do not manifest [early in infection]. They become useful after the infection has passed.

“Where they are of use is in trying to ascertain what proportion of the population has been affected but did not have symptoms or had very mild symptoms,” Dr de Gascun says.

“That is, in essence, where we will see the prevalence of antibodies among the wider population.” 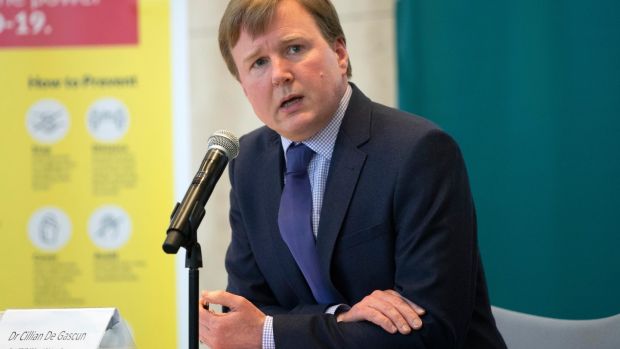 Dr Cillian De Gascun, director of the National Virus Reference Laboratory (NVRL) at UCD, said it was envisaged that around 5,000 people would be asked to volunteer for repeat blood tests in two geographic regions over the coming year. Photograph: Colin Keegan/Collins Dublin

Antibodies form one of the human body’s defences against infection. They are natural molecules that target the virus and bind on to it.

“Serological testing is essentially looking for the body’s response to infection,” says Dr Dearbhaile Morris, professor of antimicrobial resistance at NUI Galway. “When a person is infected with any organism the immune system mounts a response to fight off the infection. Part of this response involves the production of antibodies. Antibodies are proteins that are very specific to the invading microorganism.”

If antibodies are detected in tests they will tell if a person has been infected or not.

The study will begin amid more moderate expectations for the efficacy of antibody testing. In the early phases of the outbreak, antibody testing was presented as a panacea by some governments, including those of the United Kingdom and the United States. They claimed it would be a tool that could determine the extent of so-called herd immunity.

The US administration bypassed the usual protocols and issued dozens of licences for antibody testing. However, it quickly emerged many of these testing kits were inaccurate, producing levels of false positives that undermined their integrity.

These pin-prick tests could be done at home, but the tests were subsequently found to have unacceptably high levels of inaccuracy, and the project was quickly dropped.

The government agency Public Health England has now approved more expensive kits from the the Swiss pharmaceutical company Roche, which involve the more invasive procedure of taking blood samples, followed by laboratory testing. Its results are seen to be highly accurate.

Dr de Gascun says experts here are well aware of the shortcomings of some tests but differentiates between the home kits and more elaborate laboratory ones that involve taking a blood sample . “The concern around the accuracy of antibody testing primarily relates to the point-of-care, rapid antibody tests but those are not what we will be using for the seroprevalence study.

“We will use one of the laboratory-based antibody assays [of which Roche is one] that appear to be performing very well.

“The NVRL will use one of the commercial assays [investigative procedures], and I would expect a choice to be made in the next week or so.”

However, it has not been established if the antibodies actually give immunity for subsequent outbreaks of the virus. While antibodies afford some protection, the World Health Organisation has cautioned about claims for immunity.

Moreover, it has not been established how long the antibodies remain in the body after infection – or if people who have been infected carry the right level of antibodies to give protections from further outbreaks or new strains.

For those reasons, the idea “immunity passports” – which would allow those who tested positive for antibodies to return to work safely – has been abandoned in countries like Italy.

“We are still learning about SARS-CoV-2 [the official name for the virus that causes Covid-19], how the body responds to infection, why some people have worse outcomes than others, what level of immunity can be elicited,” says Prof Morris.

She says the literature published to date suggests the reported time when antibodies are detected and the amount that is being detected in positive patients is variable with the severity of illness.

“Therefore,” she says,  “if you want to design a serological test to detect infection in asymptomatic people you need to know how long after exposure the body starts to produce Immunoglobulin M and Immunoglobulin G [the antibodies].”

Dr de Gascun says: “The preliminary data shows that antibody presence can be high with people who have had severe symptoms and were hospitalised.

“We are still trying to learn what kind of antibody response you find in people who have mild infection or have been asymptomatic.

“What we will typically do is identify patients we know have been infected with SARS-CoV-2 and we then know how many have produced antibodies. We then get samples of blood that were collected before the pandemic [with no chance of being infected] and test those. This allows the extent of false positives to be measured.

“At some point [we] will need to get a group of people in the community and get blood samples from them to see if there are antibodies present.”

He says the idea underlying the prevalence testing is to go places where there have been larger outbreaks, and places where there are smaller or no outbreaks. Blood is taken from a representative sample of the population, matched for age, gender and ethnicity and laboratory tested. If the results indicates the prevalence is low (ie few have been infected) caution will need to be exercised, especially in the absence of a vaccine for the virus.

“We need to be careful on how to lift restrictions. As long as you have a susceptive population, the virus will keep infecting. It could reach 60 per cent or more of the population before the virus runs its course,” says Dr de Gascun.

“If [the study shows] it is less than 5 per cent that is a concern, and we would need to be careful about lifting restrictions. If it suggested a prevalence of 15 to 20 per cent we can open it a bit more.”

Prof Morris says there are suggestions serology tests could be useful in determining if a person is immune to reinfection. “Unfortunately there is no conclusive evidence as yet to determine this. It is still too early to understand what level of immunity is conferred following infection, whether a person can become reinfected – therefore there is a cautious approach to using serological tests for this purpose.” 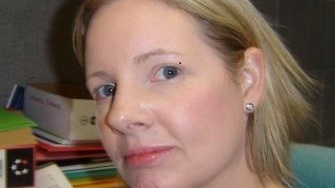 Dr Dearbhaile Morris, professor of antimicrobial resistance at NUI Galway said ‘we are still learning how the body responds to infection’ from the virus and ‘what level of immunity can be elicited’.

Dr de Gascun says there will need to be repeat tests of the group, all of whom will need to volunteer to give blood in the first instance.

In Italy, it is proposed to test 150,000, for example, and Israel hopes to test 100,000. The number of people to be tested for antibodies is likely to be somewhat lower in Ireland.

Says Dr de Gascun: “At present, we are not planning to test that many people: it’s likely we’ll choose something in the region of 5,000 to start with [from two geographic regions], and repeat that at intervals over the coming year.

“However, if we find after the first study that the number of people exposed is very low, we might need to increase the sample size for future studies.”

Stay on top of the latest newsSIGN UP HERE

New Zealand says it’s down to just one coronavirus case

Covid-19: update for audiences and visitors