The 3,000 Australians under police guard at home 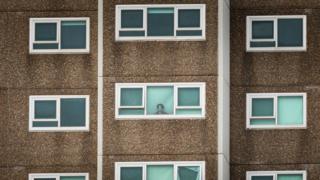 Amid a second wave of coronavirus, the entire city of Melbourne has just been ordered back into lockdown for six weeks.

But for 3,000 people living in public housing tower blocks, an even stricter lockdown was imposed on Saturday.

Unlike other Melburnians, residents of the nine towers cannot leave for any reason – they are subject to a police guard.

It’s the toughest lockdown seen in Australia so far. 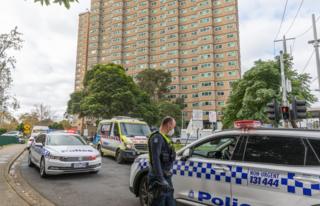 The “detention directions” in suburbs of Flemington and North Melbourne are designed to contain a cluster of infections found in some of the buildings.

Hundreds of police were sent to the sites immediately after the order was announced live on TV by Victoria’s Premier Daniel Andrews.

Many residents were caught unaware. When they tried to leave the building, they were stopped. 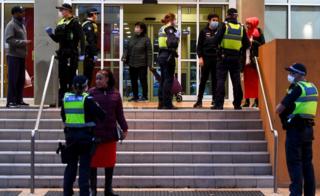 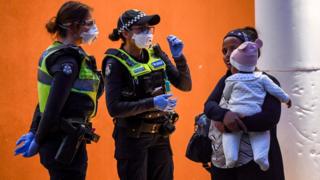 For many, as news of the confinement spread, alarm and panic followed. An official letter distributed to residents said the lockdown would last for between five and 14 days.

The majority of residents have limited income and come from non-English-speaking backgrounds. Many are migrants – some who arrived as refugees – from African nations, Vietnam and China. There are many young families and pensioners. 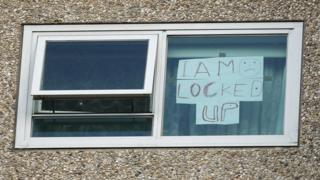 Premier Andrews described some living in the towers as among the state’s most “vulnerable” people. 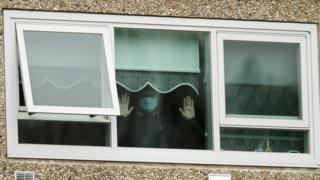 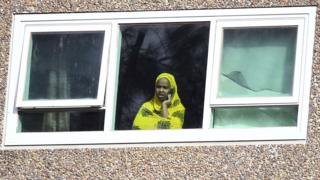 There have been concerns about food, medication and baby formula. State officials have said they will continue to provide essential supplies, but there has been debate over whether this has been sufficient.

In some cases, food parcels were left on doorsteps or in downstairs foyers with no warning.

Outside the buildings, community groups have organised food and supplies. 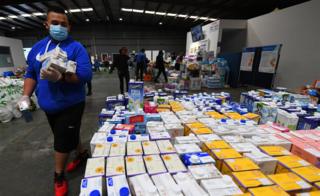 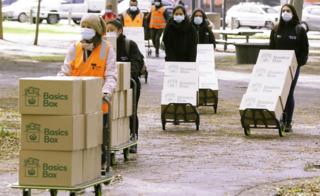 Health officials say the lockdown was necessary because the risk of spreading the virus was high in the towers, due to single lifts and narrow common walkways. They are like “vertical cruise ships”, said a senior health official.

However many tenants have felt angry and overwhelmed by how they have been treated.

“So many people found out about it through live TV. There wasn’t the respect and dignity given to people to even be notified,” said Dima Abdu, a student who lives in one of the towers.

She told the BBC: “As soon as the premier announced it, we had police already here telling us we can’t leave. People were hurt and shocked, thinking: ‘Oh what did we do wrong?'” 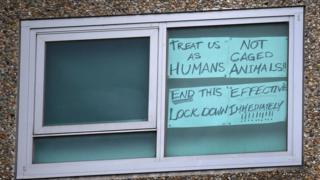 Health workers remain at the towers, methodically testing residents. Since Saturday, at least 75 cases have been found.

Virus numbers continue to escalate around the state – prompting Tuesday’s order that the entire city would be put back into lockdown. 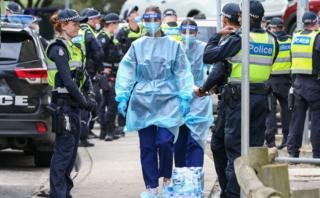 Unlike those in the towers however, other Melburnians can leave home for essential work, exercise, shopping and care-giving purposes.

Addressing worried tenants in the towers directly, Premier Andrews said: “The strategy here is to complete the testing and then as soon as possible… to have those nine towers moved to the same footing as the rest of Melbourne.”

“This is not going to last a moment longer than it needs to.”

All pictures subject to copyright.